Why We Still Need to be Championing Gender Diversity

Why We Still Need to be Championing Gender Diversity

At the end of 2018, Forbes published a list of the 50 most influential women in tech . This illustrious list demonstrates that role models are out there. However, there is still work to be done in championing gender diversity in the sector. Research by PwC shows that:

Given that the theme of this year’s International Women’s Day is bettering the balance, the Pontoon team has chosen to interview women that we’ve worked with.

In the third and last of our series of stories, we talk to Leanne Mitchell, an ITIL Practice Manager about the changes she’s seen in the tech industry and why we still need to be championing gender diversity at work:

Why is it important for people who identify as women to be part of technology?

When I first entered the world of technology it was a very male dominated environment and technology was a very scary word to me. Nowadays, technology is part of our everyday life and is introduced into our lives at a very young age. It’s great to see so many women working in technology and holding senior positions; this is very encouraging for young women and girls who want to choose a career in technology.

How do you feel we can inspire women into the workplace?

By giving women a chance in the first instance and by avoiding getting too hung up on what experience people have when recruiting. I recruited two hires with no IT or network experience, and they have both progressed to lead engineers with lots more potential to grow further. Both were very young when they joined but because they are so technology-aware due to the environment we now live in, one where they use social media daily, they embrace and are interested in new technologies.

With only 17% of the technology workforce identifying as female, have there been any particular challenges that you have had to overcome?

Years back yes, but not so much now.  In the past I did find it challenging to work with some people – usually those who had been in the organisation for years and found it hard to respect the opinion of a woman as we are in a minority in this industry.

Do you feel you have been subject to bias (unconscious or direct) and do you feel that attitudes are changing?

Personally, I feel I have never experienced bias. I can imagine that some workplaces could possibly feel a little intimidating due to them being a very male dominated environment but over the years I have seen a real turn in the technology industry. Earlier in my career I used to be the only female amongst eight managers. Now I’d say there is an equal gender balance in my immediate area of technology, and I feel that I am offered the same opportunities as my male peers.

What advice would you give your younger self?

Don’t be scared of the word technology. Never be afraid to ask questions if you don’t understand.

At the start of this year the World Economic Forum found that there remains a perception among 52% of women that technology is a male industry, while almost a third (32%) believe gender bias is still a major hurdle in the recruitment process.

At Pontoon we want to help change this perception and we hope that by sharing Leanne’s story (and those of Anne and Sofy) we’ll inspire you to think about the way you and your organisation think about gender in the workplace.

To keep up to date with how we’re supporting IWD, and changing the world of work, one job at a time, follow us @PontoonSolution. 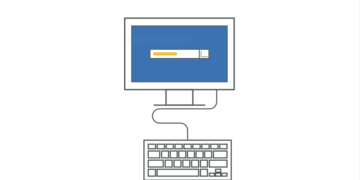 How we can ‘Better the Balance’ for Women in Tech – Anne Reddaway
‘Better the balance, better the world’ is the mantra for  International Women’s Day2019 that takes place this Friday 8th March. Since our passion is changing the world one job at a time, ...
Diversity & Inclusion
X